I had the pleasure of working on 2 different pavilions in China. One was to design the China Pavilion for the Expo in Zaragosa, Spain. The other was some production work for the Shanghai pavilion at the 2010 Expo in Shanghai.

What an amazing opportunity to design a classic pavilion. It went well, the team was dedicated and did a great job (for the time) showing an animated walk-through. Granted they took a few liberties and left a few other things out but time was relatively short.

Back in 2006 I was chosen to work in "Crystal CG" special projects as lead designer on their bid for the Chinese pavilion in Zaragosa. The overall theme for the expo was 'water'. I put forth several different ideas and worked out a master plan. The flow would be linear to allow for the most visitors, while allowing some lingering in each section. The visitors were said to be very interested in Chinese art and culture the final rooms would be dedicated to a show room and sales of collectable art.

I don't mind showing my early notebook thoughts, the approach was to create a kind of journey through time, from the early days of the Peoples Republic and into the future which was then epitomized by the Three River Gorges project.

Everything was going well, up until I emailed the judging committee saying how proud I was. I had not been in China long enough to know how wrong this was to be taken. We lost the contract. But I'm proud of our work, and in fact the finished pavilion borrowed heavily from some of my concepts. 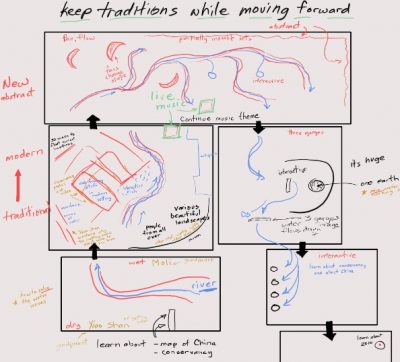 a path of Discovery 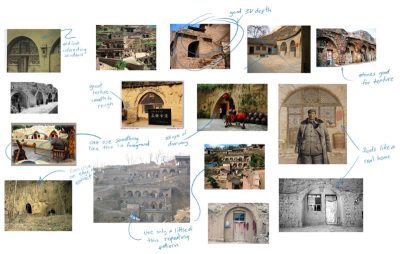 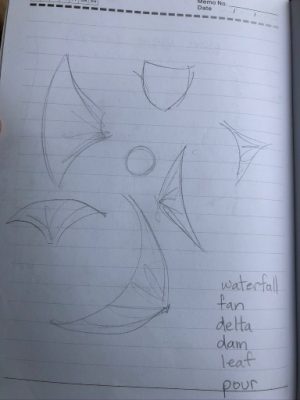 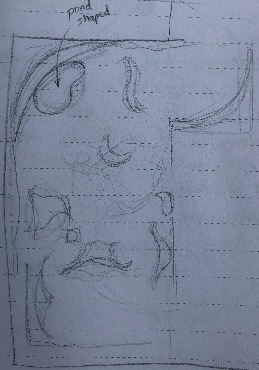 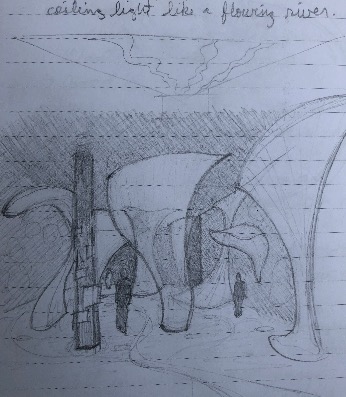 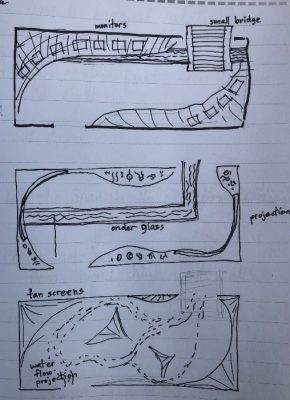 keep water to the end 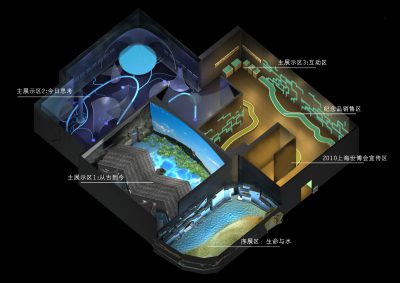 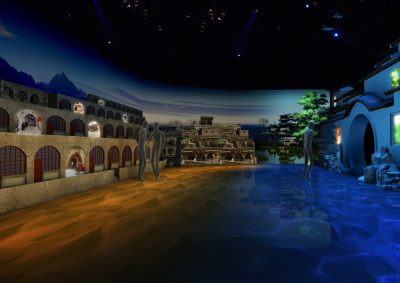 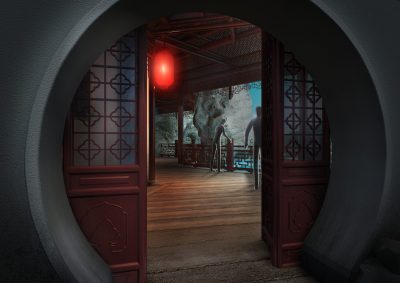 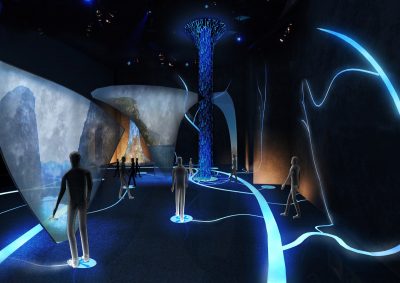 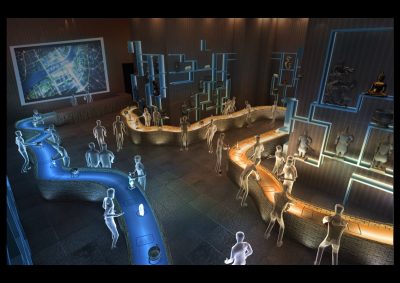 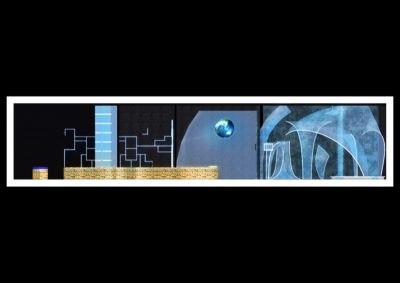